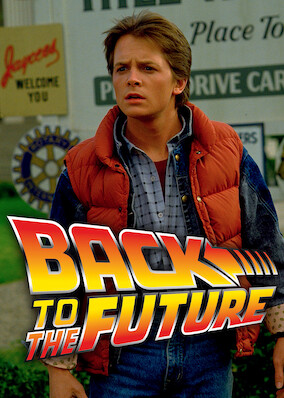 Back to the Future is a cult science-fiction movie written and directed by Robert Zemeckis. The 1985 classic has spawned a cult of fans worldwide and was the direct inspiration behind the cult animated comedy Rick and Morty.

In the film, a mad scientist creates a time machine out of an old DeLorean which travels from 1985 back to 1955, setting off a series of events in which Michael J. Fox, starring as the teenager Marty McFly, must make sure his parents fall in love to ensure that he is eventually born. This action-packed adventure comedy is the perfect feel-good movie for the holiday season – or for any lazy day when you need something inspired to watch!

Can I stream Back to the Future on Netflix?

Yes! Back to the Future is currently available to stream on Netflix in a total of 25 countries. That means that for many people it is possible to watch Back to the Future without a VPN. Unfortunately, the USA, the UK, Germany, Turkey, Norway, and various other countries are not on that list.

The good news is that you can use any of the VPNs recommended in this article to unblock a foreign Netflix catalog and stream Back to the Future! Simply pick a recommended VPN from this guide, connect to a server in the closest country where Back to the Future is available (we have provided those locations at the top of this page) – and enjoy streaming this mind-blowing cult classic.

How to watch Back to the Future on Netflix

Streaming content on a foreign Netflix catalog is extremely easy using the VPNs recommended in this article. This is because they have custom apps for all platforms that allow you to quickly, and easily spoof your location abroad.

By connecting to a VPN server in a country where Back to the Future is currently available, you can access the show inside of your regular Netflix app. Simply, follow the steps below to stream Back to the Future on Netflix from anywhere:

STREAM BACK TO THE FUTURE NOW

Why You Need a VPN to Watch Back to the Future

Netflix is contractually bound by licensing agreements with copyright holders. As a result, it can only broadcast particular movies in certain countries. This is why the Netflix catalog varies around the world.

Netflix US is known to have the most comprehensive Netflix catalog, which is why most people want a VPN that works with Netflix USA. Despite this, the reality is that many TV shows and movies are available exclusively on random Netflix catalogs around the world. As a result, even US Netflix users need a VPN sometimes!

Back to the Future is available exclusively in Argentina, Australia, Belgium, Brazil, Canada, Czech Republic, France, Hungary, Iceland, India, Israel, Italy, Japan, Lithuania, Mexico, the Netherlands, Poland, Portugal, Russia, Singapore, South Africa, South Korea, Spain, Sweden, and Switzerland. Thus, if you want to watch it in Canada, the USA, the UK, or elsewhere – you will need to connect to a VPN server in one of those locations.

By using a VPN, you can pretend to be in any of those countries (or elsewhere, to stream other titles). As soon as you connect to a VPN server, you appear to live in that country. As a result, your Netflix catalog will automatically update and you can stream Back to the Future!

ExpressVPN is a superb VPN provider based in the British Virgin Islands. It is a reliable and fast VPN that is ideal for streaming on Netflix, and it can provide access to a large number of catalogs (24) including Australia and the Netherlands. This makes it ideal for unblocking Back to the Future. ExpressVPN has apps for all platforms, which means you can use it for streaming Netflix on all of your devices. It even lets users install its apps on up to 5 devices at the same time. That means you can easily stream Back to the Futureeither at home or on public WiFi (in a hotel, for example). We find this service great for beginners, thanks to its simple interface. And, we love that this is consistently one of the fastest VPNs in the world, which makes it great for streaming. An outstanding service that is perfect for watching Back to the Future (and hundreds of other geo-restricted movies and TV shows). You can try it yourself, thanks to its 30-day money-back guarantee.

NordVPN is a long-established VPN provider that is superb for unblocking Netflix content. It is a versatile service that will give you both high levels of online privacy and outstanding performance and unblocking capabilities. Its apps are available for all platforms, which means that you can unblock Back to the Future on any of your devices. And it provides superb speeds for streaming (though it isn’t as fast as ExpressVPN, to be fair). We enjoy this VPN because it is able to unblock a huge number of Netflix catalogs – including Japan, Australia, or France to stream Back to the Future. NordVPN is easy to use, but it also has a lot of superb advanced features. Thanks to its servers in 59 countries, it is useful not only for unblocking more Netflix – but also for any other international services you can think of. An excellent all-rounder, that you can compare to our other recommendations thanks to its 30-day money-back guarantee.

PrivateVPN is a reliable and secure VPN provider based in Sweden. It is a no-logs VPN with apps for all popular platforms, and it is one of the few VPN providers that can provide access to a wide selection of international Netflix catalogs. This makes it perfect for streaming Back to the Future – or any other TV shows and movies you might discover using our tool!  PrivateVPN has servers in over 50 countries, which makes it perfect for unblocking all kinds of geo-restricted content. And it provides superb speeds for streaming in HD. This is pretty amazing considering the low cost of a subscription! It also lets subscribers use the VPN on up to 6 devices, meaning that you can unblock Netflix both at home and when using public WiFi.Well worth considering if you need a cheaper option that is both reliable and secure. You can test it yourself thanks to its 30-day money-back guarantee.

About Back to the Future

Back to the Future is a cult science-fiction movie about time travel – and the inevitable rift it causes in the space-time continuum. In the film, a mad scientist going by the name ‘Doc’ creates a time machine out of an old DeLorean automobile. His friend and apprentice Marty McFly, played by Michael J. Fox accidentally travels from 1985 to 1955; thereby setting off a series of events in which he must ensure his parents fall in love – to assure that he is eventually born. The action-packed adventure was a hit at the box office, becoming the highest-grossing film of 1985. It is still considered a classic today – which is why it is a must-watch for anybody who hasn’t seen it.

No. Netflix understands better than anyone that you are a paying customer, and it doesn’t want to lose your subscription fee. With this in mind, it never bans users for unblocking more content with a VPN. Instead, it focuses on restricting known VPN IP addresses. This is why you must subscribe to a VPN service that is known to work with Netflix, or else you could end up with a VPN that doesn’t actually work. Stick to the services in this guide and you can stream Back to the Future without any issues whatsoever.

The VPN recommendations in this article were carefully chosen because they work to unblock Netflix. Some VPN providers only provide access to the US Netflix catalog, which limits the amount of content you can stream. Our recommendations have a wide range of servers that are known to unblock many international Netflix catalogs. As a result, you can access exclusive Netflix titles from around the globe. If your VPN isn’t working to unblock a specific title, contact your VPN’s support team to find out which server you should use. We have a Netflix VPN troubleshooting guide, which will help you get your VPN back up and running if you have any issues.. There is a chance that your VPN will not unblock a certain Netflix location. Thus, if a show is available in more than one country (as is the case with Back to the Future) you should check to see which of those countries is a better option.