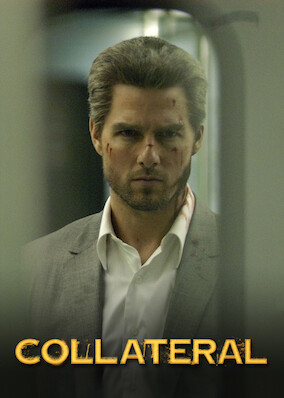 Collateral came to theaters in 2004, directed by Michael Mann and starring Tom Cruise and Jamie Foxx. The neo-noir thriller unravels the story of Max, a cab driver in Los Angeles who has aspirations of starting his own limousine business.

These plans are scuppered when Vincent steps into his taxi. What begins as an ordinary job, takes a turn for the worst when Max realizes that Vincent is a contract killer. Vincent offers Max $600 to ferry him from location to location – ultimately making him complicit in a long string of murders.

Movie buffs in Europe and Asia will likely be able to watch Collateral on Netflix, but viewers in the United States will notice that the film is missing from their regional library – without a VPN, at least.

Can I stream Collateral on Netflix?

So long as you’re located in one of the nine countries listed above, you’ll be able to watch Collateral on Netflix without any issues – simply navigate to the site and search! British and American viewers will need to subscribe to a VPN service to do the same, however. This is because a VPN can bypass geo-restrictions that prevent you from checking out the Netflix content of other regions. Handy, right?

How to watch Collateral on Netflix

It’s incredibly easy to set up a VPN – there’s no technical jargon or long installation process. We’ve outlined the steps below, so follow along and you’ll be ready to stream in no time.

Why You Need a VPN to Watch Collateral

Because of finicky licensing agreements, Collateral is not available for every Netflix viewer in every part of the world. This might seem unfair – why should some viewers miss out, after all? Unfortunately, it’s largely down to the copyright holder to determine which regions to distribute their content in.

Netflix might also think twice about buying the rights to a show or film for a certain country if demand there is not high enough. In purely financial terms, it won’t make sense to Netflix to shell out the money for a minimal return.

ExpressVPN is a huge name in the VPN sphere and one of the most well-known and well-trusted providers out there. Thanks to its OpenVPN encryption, you can trust that your data will remain secure. Express’ no-logs policy has also been audited to provide an additional layer of privacy for its users.

You’ll be able to check out most streaming services with Express, which offers up to 5 simultaneous connections and support for Mac, Windows, Android, iOS, and Linux devices. But Express really shines when you consider how fast it is – all of its 3,000 servers boast unlimited bandwidth! If you run into any issues, a 24/7 customer service team is on hand to help, and you’ll be able to trial the VPN for yourself with a 30-day money-back guarantee.

NordVPN offers its users a huge pool of servers, with more than 5,400 across 59 global locations. They’re incredibly quick and can beat ISP throttling to ensure a smooth streaming experience. Nord can unblock BBC iPlayer, Prime Video, and Hulu as well as Netflix, and you can stream on up to 6 devices at any one time.

Security is assured with military-grade OpenVPN encryption and an audited no-logs policy – so regardless of which device you install NordVPN on, you’ll stay safe when browsing day-to-day. Be sure to reach out to NordVPN’s expert team via live chat or email if you have any queries, and take advantage of a 30-day money-back guarantee to put the provider through its paces before subscribing.

PrivateVPN combines staunch security and ultra-fast speeds, thanks to OpenVPN encryption and a network of 100 Tier 1 servers in 60 countries. This VPN can certainly hold its own when compared to other premium names, being just as fast and capable of data-intensive tasks.

PrivateVPN is compatible with Windows, Mac, iOS, Android, and Linux devices, and can be installed on routers, too, so long as they’re VPN enabled. A 30-day money-back guarantee provides enough time to check out the features of this VPN, which also comes with a stellar customer service team available round the clock to field any questions.

Collateral tails Max (Jaime Foxx), a cab driver who picks up a customer named Vincent (Tom Cruise) who just so happens to be a contract killer.

Vincent claims that he is in the city for a single night and needs to be taken to a number of locations around Los Angeles. He promises Max a large reward for doing so, but Max is initially reluctant to comply – not wanting to put the dream of his own limousine firm in jeopardy by flouting regulations. Once they arrive at their first stop, it’s revealed that Max’s concern was well-founded: Vincent returns with a body, and after hiding it in the cab, Max is told to keep driving.

Jaime Foxx received a nomination for Best Supporting Actor at the 77th Academy Awards for his role as Max. Collateral’s screenwriter was inspired by a real cab ride from he’d taken some years ago – minus the hitman, probably.

It all boils down to your IP address – every device you use has one, and Netflix can take a look at it to determine exactly where you are in the world. As such, it knows which regional library to offer you. In order to check out films and shows from other libraries, you first need to change your IP address. And here’s where a VPN comes in! By connecting to a VPN server, you’re temporarily assigned an IP address in that country, allowing you to bypass these geo-restrictions and unblock a world’s worth of content.

Nope! There’s nothing to worry about, as Netflix wouldn’t willingly cut off paying subscribers from their service. If you visit Netflix whilst using a VPN, you might encounter an error message, however. It will ask you to disconnect from the VPN before you can watch any more shows or movies.

We definitely appreciate that it can be frustrating to encounter obstacles – especially when you’ve shelled out for a VPN! There are things you can do to try and solve the issue, however. First and foremost, try disconnecting from your current server and picking another. If this doesn’t do the trick, it’s worth reaching out to your VPN provider’s customer care to see if they can assist. Alternatively, check out our Netflix VPN troubleshooting guide.