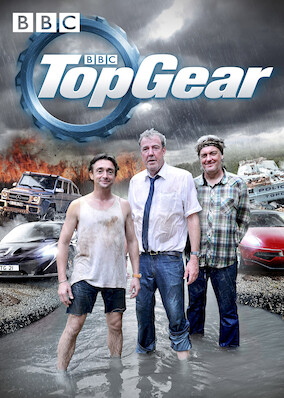 How to watch Top Gear on Netflix

Without a VPN, you can only watch Top Gear on Netflix if you’re in the UK, France, Germany, Switzerland, Italy, Portugal, Spain. But, if you’re looking for a dose of Clarkson & Co’s brand of facetious banter, and you’re elsewhere in the world, fear not. Just follow our step by step guide to unlocking Top gear on Netflix:

Start your engines! You can now start streaming all the petrol-soaked antics that you want!

Netflix may only choose to fork out for the license for any given show based on its popularity in that region. While Top Gear is huge in the UK, some of Jeremy Clarkson’s antics may have made him… let’s say, slightly less popular in the US. For that reason, it may not be worth Netflix paying for the license there. As divisive as he is, he is nonetheless entertaining, so if you would like to find out more, start by checking out one of the VPNs below.

Recent changes in legislation mean that EU users will only be able to access non-EU libraries. This means that users in Europe should connect to servers outside of the EU where possible.

Express VPN offers a world-leading service with access to over 94 countries. It comes with lightning-fast servers, and military-grade OpenVPN encryption. It's perfect for getting around geo-restrictions, and with advanced privacy features, it's a great security boost for anyone.

Express offers apps for all major platforms, and even browser extensions for extra security. If you need help getting all this set up, ExpressVPN customer service team are available 24/7 to help you get the whole family streaming.

Why we Recommend NordVPN

NordVPN is one of the best-known VPN providers in the industry. Over the years it’s built up an impressive network of servers allowing you to access shows like Top Gear from almost anywhere in the world, and with no buffering time thanks to its great connection speeds.

Being based in Panama means it can take advantage of their privacy laws to offer a strict no-log policy, and with no bandwidth limit, NordVPN will let you stream your fill of Top Gear. If you’re still not convinced, they offer an excellent customer service experience, allowing you to talk directly with developers if you need a helping hand, and a full 30-day money-back guarantee, because they’re that confident you’ll never look back.

PrivateVPN is a powerful, low-cost streaming VPN with dedicated servers for Netflix, Hulu, Disney+, and even Prime Video. Not only do its impressive speeds keep buffering time down, but you can have a total of 6 devices on 1 subscription.

As well as these high connection speeds, PrivateVPN offers some other exciting features such as unlimited bandwidth, a family referral discount, and free remote-setup if you’re not the most confident with tech. It doesn’t log any of your activity, and with a 30-day money-back guarantee, PrivateVPN is a great way to watch all your favorite shows and films, worry-free.

Top Gear has been around in various forms and guises since 1977. Having been rebooted by Jeremy Clarkson, Richard Hammond, and James May in 2002, the show quickly became one of the most popular shows on British television and made its presenters household names. Having originally been a more practical show on motoring in Britain, the rebooted version sought to focus on high-end luxury vehicles. Regular features such as the ‘Star in a Reasonably priced car’ segment, saw a never-ending reel of celebrities compete in a time trial on their studio race track. While some of the most luxurious and powerful cars in the world were put to the test by an enigmatic and anonymous racing driver, ‘The Stig’.

When you access Netflix, the site uses a unique IP address assigned to whatever device you are using, to work out what country you are in. Based on this, it populates only those series that are licensed to be streamed in your country. By using a VPN, you fool Netflix into assuming you are in a country in which the show you want to watch is licensed. This unblocks the show you want, as well as all other shows licensed in that country. But be aware, it will also temporarily remove those shows that are licensed in your country.

Netflix will not suspend your account. After all, you are paying for a subscription. The worst that can happen, is Netflix will temporarily block you from watching videos while a VPN is active. There are plenty of VPNs on the market that use camouflage, however, so Netflix won’t be able to see you are using a VPN.

There is nothing more irritating, when you sit down to relax with a boxset, than lost or slow connections. Usually, when using a VPN, it's just a case of changing the server you are connected to. If that doesn't work, we've also put together our own Netflix troubleshooting guide to help you on your way. And don't forget, the VPNs we recommend above have excellent customer service teams and they are on hand 24 7 to help.