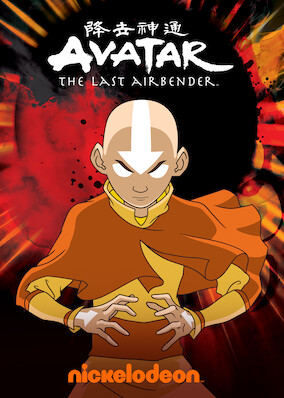 Can I stream Avatar: The Last Airbender on Netflix?

Yes! There are 3 seasons of Avatar: The Last Airbender currently on Netflix in a variety of different libraries (both in and out of the EU). So you have plenty of locations to choose from to watch this iconic animated series.

How to watch Avatar: The Last Airbender on Netflix

Switching Netflix catalogs with a VPN is a piece of cake, but only if you're using the right service for the job. Our recommended providers all come with dedicated apps for your favorite devices and servers that are proven to work with Netflix. If you want to spoof your location and access your favorite Netflix content, follow the steps below!

Why You Need a VPN to Watch Avatar: The Last Airbender

Netflix is constantly changing the licensing agreements it has with copyright holders – buying and selling the rights to show different movies and shows in each country, and all while conforming to local censorship. This means that Netflix catalogs and their content vary depending on where you access the service from, and that, if you want to access different Netflix catalogs, you'll need to spoof your location.

Fortunately, the VPNs below all have servers around the world that are proven to unblock Netflix, so you can stream Avatar: The Last Airbender. Plus, thanks to robust security and encryption, no one will even know you watched it – not your internet service provider, hackers, or the government! You can stop prying eyes from seeing your internet usage by connecting to a VPN – making you safer online at home and on-the-go!

ExpressVPN is the best streaming VPN money can buy. With lightning-fast servers in over 94 countries, it offers everything you need (and more) to unblock Avatar: The Last Airbender from anywhere in the world. The service can consistently access 24 Netflix catalogs, including the UK, Japan, and USA – so you can stream your favorite shows with ease!

Express offers apps for all major platforms and up to 5 simultaneous VPN connections, so you can protect your devices both at home and on-the-go. If you want watertight encryption, reliably fast servers, and an enormous catalog of Netflix libraries, you can test the service risk-free, by making the most of Express' 30-day money-back guarantee!

NordVPN offers a budget-friendly service that will let you stream Netflix from anywhere, torrent in total privacy, and even run Tor over VPN! Nord unblocks 14 Netflix catalogs, including the UK, Japan and USA, so you'll certainly get your money's worth. If you want to bypass censorship and access geo-restricted content from all over the world. Give Nord a go, with its generous 30-day money-back guarantee.

PrivateVPN is by far the best cheap VPN for streaming. Thanks to its user-friendly apps, customizable encryption, and dedicated streaming servers for all major streaming services, you'll never be stuck for something to watch. You can connect up to 6 devices at once, meaning you'll pay less and get more than you would from some of its leading competitors. PrivateVPN is a fantastic choice for beginners, and those with a tight budget. Try it for yourself and make the most of its 30-day money-back guarantee.

About Avatar: The Last Airbender

Avatar: The Last Airbender is an American animated television series created by Michael Dante DiMartino and Bryan Konietzko, with Aaron Ehasz as head writer, and aired 3 season on Nickelodeon between 2005 and 2008. Set in an Asiatic-like world in which people can manipulate the elements (earth, wind, fire, and water) with a form of martial arts known as "bending", those who can manipulate every element are known as "Avatars". There is only one Avatar alive at any time, and their purpose is to maintain peace and harmony in the world.

The series focuses on the story of 12-year-old Aang, the current Avatar and last surviving member of the Air Nomad people. When Sokka and Katara discover him frozen in a block of ice, they join forces in an effort to end the Fire Nation's warring aspirations of world domination.

No. Netflix can't afford to lose the revenue from your subscription fees. So, instead of blocking users, Netflix prevents known VPN IP addresses (digital identities) from accessing content. To that end, if you want to access different Netflix libraries, you'll need a VPN service that is proven to work. Fortunately, our experts have chosen the above services because we know they work with Netflix.

We handpick our VPN recommendations with Netflix in mind and are certain that they'll work. Each provider has plenty of servers that unblock international Netflix catalogs, and offer reliable and consistent services all-round. However, if your VPN isn't working as it should to unblock Avatar: The Last Airbender, get in touch with your VPN's customer support team to find out which server you should use. Your VPN may not unblock a certain Netflix location, or you may need to connect to a specific server for it to work. If a show is available in multiple countries (as with Avatar: The Last Airbender) check the above list of countries to see which is the most suitable option. Check out our Netflix troubleshooting guide for more tips if you are experiencing any trouble.