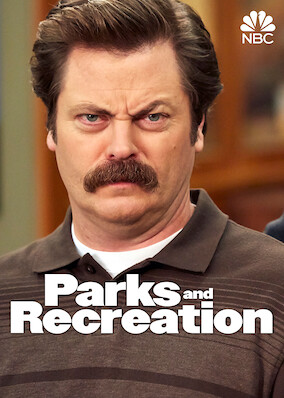 Initially conceived as a spin-off to the American office, Parks and Recreation ran for a delightful seven seasons concluding in 2015, and all are now available to stream on Netflix (if you live in the US.)

How to watch Parks and Recreation on Netflix

As long as you’re in the US, you can watch Parks and Recreation on Netflix. For the rest of the world, you’ll need one of our recommended VPNs to unblock the escapades in Pawnee City Hall.

Finally, you are ready to go, just restart Netflix, and start streaming.

On top of this, Copyright holders will often sell the rights to other streaming services, meaning that the only way to watch Parks and Recreation, without subscribing to multiple streaming platforms, is to use a VPN.

About Parks and Recreation

When her man-child boyfriend injures himself on an unsightly construction site, Anne Perkins heads to a city hall council meeting to demand something is done. Enter Leslie Knope, who, as her optimistic nature gets the best of her, agrees to turn the site into a park.

The show follows Leslie’s frequently thwarted attempts over the following years, to keep her promise to Anne, as the pair, along with the help of some of the best comedy personalities in recent years, do everything they can to improve the lives of the indifferent and ungrateful residents of Pawnee.

Driven by Leslie’s force of will and an unerring positivity, the show sees the Parks and Recreation department tackle government shutdowns, lawsuits, budget cuts, and Mayoral campaigns. Each season goes from strength to strength, and all are now available to watch in their entirety on Netflix.

Access to Geo-restricted content is controlled by using your device's unique IP address to ascertain your location. Netflix uses this IP address to decide which shows and films you have access to when you log onto the application or website. You can use a VPN to change your IP address, however, so that Netflix believes you are in a country in which the content is not restricted. It simply gives you access to the shows from that country instead of the one you are physically in.

The copyright holders would prefer VPNs were not used to access geo-restricted content. To this end, Netflix may prevent streaming movies and TV shows while you have a VPN running. They may get wise to a certain server or two being used to access geo-restricted content from outside of the country and ban that IP address. In this case, they may request you turn off your VPN before continuing. Many VPN providers, however, contain a feature to mask that you’re even using a VPN, and if this doesn’t work you can always switch to a new server at the click of a button. All in all, Netflix won't risk losing your custom, so it will only prevent you from viewing restricted content, rather than bannuing you outright.

VPNs have become incredibly easy to use, especially over the last few years, when video streaming has become so popular. If you do run into any issues with your connection, all our recommended providers have excellent customer service teams available around the clock to help you out. Don’t forget we’ve also put together our own Netflix troubleshooting guide to help you on your way.