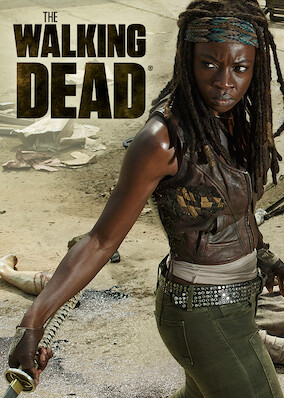 A group of apocalypse-hardened stragglers join together to follow erstwhile police officer Rick Grimes, through a desolate American wasteland. As they fight off the gruesome ‘Walking Dead’, the disparate band of heroes face the challenges of surviving in a dying world, competing for space and resources with rival groups of survivors, and the perils of romance during the Armageddon, all the while trying to build a future for the human race.

How to The Walking Dead on Netflix

With a Netflix account, you can watch The Walking Dead in any of the countries listed above. But don’t fear if you live outside of these regions. If you want to watch the international smash hit Zombie carnival that is The Walking Dead, we can help!

Movie and television studios charge Netflix a premium for each country in which they allow the service to stream their content. Which shows and films are available in your country is decided largely by what Netflix thinks people will watch the most, and thereby help them accumulate the most subscriptions. If a show such as The Walking Dead has only a small but dedicated following in a certain country, Netflix will likely decide it’s not worth paying the studio for the rights to stream it there. In addition, if a series has been streaming in a region for a while, Netflix might decide it has run its course, and remove that content to make room for new or more popular shows.

We love ExpressVPN for its no-nonsense interface. It’s really easy to use and consistent across every device you may want to use it on. Whether it’s in your home or on the move, ExpressVPN is the box set addict's best friend, and you can use it on up to 5 devices simultaneously.

ExpressVPN also has the added benefit of allowing you to choose which devices and applications run through the VPN, allowing you to access other devices on your home network with the VPN engaged.

If you need help getting all this set up, the ExpressVPN customer service team are available 24/7 to help you get the whole family streaming, and all this is topped off with full 30-day money-back guarantee.

Why we recommend Nord VPN

NordVpn boasts an impressive 5300 servers around the world. More servers mean fewer people using each one, which means higher speeds for you. The impressive speeds offered by NordVPN can be shared across 6 devices with no bandwidth limits.

What’s more, you can use NordVPN with any device, any operating system, and any browser. It has really been built with ease of use in mind, and if you do get stuck, their 24-hour expert customer support team care on hand to talk you through any issues you might have.

With a full 30-day money-back guarantee, and free remote help and installation, PrivateVPN is a simple but powerful way to get the most out of Netflix. With servers in over 60 countries, PrivateVPN is a great tool for unlocking geo-restricted content on Netflix. They don’t log any of your activity, and its incredibly easy to get going in seconds with 1 click set up for Mac, Windows, iOS or Android.

It’s great to share with your family or friends as the service allows up to 6 connections, with unlimited Bandwidth and incredible speeds, allowing you to stream HQ video, usually with less buffering time than without a VPN!

About The Walking Dead

Based on the Robert Kirkman comic book, The Walking Dead follows Deputy Rick Grimes as he leads a band of survivors through the zombie apocalypse. After the first series establishes the group in a ramshackle camp in rural Georgia, the subsequent series see the heroes holed up in an assortment of locations. From a prison complex to a one-time idyllic hilltop farm, the group barely has time each season to catch their breath before their newfound shelter is compromised.

The show is excellent at gradually introducing its characters, giving us just enough time to grow fond of them, before throwing them headfirst into a savage and treacherous array of situations. Rather than having the characters hide in cupboards or running for their lives, The Walking Dead does a good job of keeping the focus on the politics and relationships within the group. The effect of this, when the show does eventually let the zombies loose, is to bring the full effect of the group’s trauma right to your living room.

Netflix chooses what shows you can see in your country, largely, based on the popularity of a given show where you are. If shows or films start to drop in popularity Netflix will replace them with something they think will bring more subscriptions. How do they know what country you’re in? Well, each device you use to stream Netflix will have a unique IP address, that carries information including your location. Using a VPN, however, connects you to Netflix via one of the provider's servers, many of which are located in a country in which Netflix will allow people to watch shows that otherwise, you would not be able to watch.

Netflix may get wise to one of your provider’s servers, but the providers are always bringing new servers online. If this happens, Netflix may prevent you from streaming videos while the VPN is running. But don’t worry, Netflix will not block your account. And any problems that arise can usually be fixed by switching to a server in another country where the blocked content is also available. VOD is a saturated market, and Netflix has lots of competition, so banning viewers and risking losing them to a competitor, isn’t going to happen.

VPNs have become incredibly easy to use, especially over the last few years, when video streaming has become so popular. If you do run into any issues with your connection, all our recommended providers have excellent customer service teams available around the clock to help you out. Don’t forget we’ve also put together our own Netflix troubleshooting guide to help you on your way.