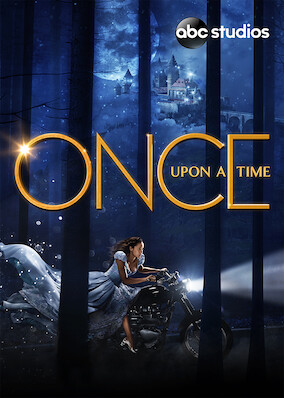 Airing from 2011 to 2018, Once Upon a Time is an American fantasy series that weaves a tale of the ordinary with the extraordinary. Half of the show takes part in a fairy-tale world, whilst the rest is based in the fictional town of Storybrooke, Maine, where a curse has affected the residents.

The population of Storybrooke are actually characters plucked from various fairy-tales, and the series documents their lives before and after arriving in Maine. However, the curse strips them of their memories and prevents them from aging. It’s down to Emma Swan, the daughter of Snow White, and her young son Henry to break the incantation.

Once Upon a Time is widely available on Netflix – although viewers in the United States won’t be able to tune in without the help of a VPN.

Can I stream Once Upon a Time on Netflix?

Currently, you’ll be able to watch Once Upon a Time on Netflix if you live in one of the fourteen territories listed above. Though the show is readily accessible for European viewers, American fans will need to use a VPN to visit Storybrooke. A VPN can “spoof” your location and make the sites you visit think you’re elsewhere in the world – meaning you can watch Once Upon a Time without geo-restrictions.

How to watch Once Upon a Time on Netflix

Installing a VPN is simple, even if you’ve never used one before, and it only takes a few minutes to get set up. To make things easier, we’ve outlined the steps below:

STREAM ONCE UPON A TIME NOW

Why You Need a VPN to Watch Once Upon a Time

American fans might be disappointed to learn that Once Upon a Time isn’t available on the US version of Netflix. Ultimately, this is due to territorial licensing.

Netflix would ideally like to share its content across the globe without restrictions, but copyright holders can force the site’s hand and dictate the country they want their shows and movies to be broadcast in. This is usually done to protect licensing agreements in other countries, or because there is simply less demand for a show in a particular territory.

If you’re looking for super-fast speeds and a VPN that’s perfect for HD streaming and other data-intensive tasks, then ExpressVPN comes highly commended! You’ll be able to take your pick of 3,000 servers across 94 countries, and wave goodbye to ISP throttling. What’s more, Express ensures your identifiable data is kept safe with military-grade OpenVPN encryption.

You can share your Express subscription with the whole family, thanks to 5 available simultaneous connections, and the service is compatible with Mac, Windows, Android, iOS, and Linux devices. Express is adept at unblocking streaming sites, and you’ll have full access to a huge list of services. Be sure to check this out for yourself with a 30-day money-back guarantee, and get in touch with Express’ 24/7 customer support team via live chat or email if you have any burning questions.

With over 5,400 servers in 59 countries to choose from, you’ll be able to check out content from around the globe with NordVPN. These servers are incredibly quick, too, and boast unlimited bandwidth that makes HD streaming simple and seamless. NordVPN can unblock BBC iPlayer, Prime Video, and Hulu as well as Netflix, and is supported by most devices.

When it comes to security, NordVPN opts for sturdy OpenVPN encryption and has had its no-logs claim independently audited. So, you’ll be able to secure all of your devices with up to six simultaneous connections, and Chrome and Firefox browser extensions are a handy extra feature. We’d recommend taking NordVPN for a trial, and you can do so thanks to its 30-day money-back guarantee.

All of PrivateVPN’s Tier 1 servers come with unlimited bandwidth, and you’ll be able to enjoy BBC iPlayer, Disney+, and Hulu alongside Netflix. For any hiccups or questions, the provider has a stellar customer service team waiting in the wings, and a 30-day money-back guarantee that’s ideal for trying before you buy.

About Once Upon a Time

Once Upon a Time divides its attention between the fantastical world of fairy-tales and the seaside town of Storybrooke. As you might expect, however, Storybrooke ends up being just as magical as any faraway kingdom.

Storybrooke’s residents are characters from fairy-tales who have been plucked from their original worlds. Their memories have been stolen by the Evil Queen, and Rumplestiltskin’s curse has rendered them ageless and unchanging – horribly, Storybrooke has lived this way for almost 30 years. Emma Swan escaped the curse as a child and holds the power to restore the memories and lives of these storybook characters.

Once Upon a Time draws inspiration from the most famous of fairy-tales as well as myth, legend, and the Disney universe. The show veers away from a gritty retelling of these stories, however, and instead favors a far more optimistic approach, championing hope and positivity through its narratives.

It’s pretty simple! Netflix can figure out your real-world location via

You won’t get banned from Netflix, no. It would not make financial sense for Netflix to boot paying subscribers, after all! It is possible to receive an error message when visiting Netflix when using a VPN, however. You’ll be asked to disconnect from the VPN before you can continue watching any shows or movies.

It can be frustrating to find that you still can’t access restricted content even with the help of a VPN – but don’t despair! Firstly, we’d suggest connecting to a different VPN server. If this doesn’t solve your issue, it’s worth raising the issue with your provider via live chat or email, as they may have some insight. Alternatively, check out our Netflix VPN troubleshooting guide.