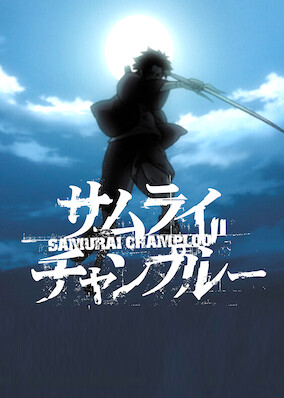 Samurai Champloo made its debut in 2004, with twenty-six episodes designed by Shinichiro Watanabe. The anime series takes place during Japan’s Edo period and follows three misfit vagabonds as they search for the samurai who “smells of sunflowers”.

The warrior Mugen and Jin, a Ronin, save a young waitress called Fuu from a group of Samurai. She asks the pair to accompany her on her quest – which takes them across Japan in a hunt for a samurai.

Unfortunately, only a small percentage of Netflix customers will be able to check out Samurai Champloo. A VPN, however, allows anyone to access the show – regardless of where they are in the world!

Can I stream Samurai Champloo on Netflix?

If you live in the United Kingdom or France, then you’ll be able to watch Samurai Champloo in just a few clicks! However, this means that the rest of the world misses out on the acclaimed anime series. But don’t despair! With a VPN, you’ll be able to “spoof” your location and tune in to the show without any restrictions to slow you down.

How to watch Samurai Champloo on Netflix

Installing a VPN is simple – even if you’re new to the tech! Simply follow the steps outlined below and you’ll be ready to stream in no time.

Why You Need a VPN to Watch Samurai Champloo

Samurai Champloo has enjoyed critical acclaim from around the world – so why does Netflix only offer the series to two countries?

It all comes down to licensing. Netflix generally has very little say in where content can or cannot be viewed – that decision is made by the copyright holders, who may choose to work with different distributors across a number of locations. Additionally, Netflix must consider the demand for content. It doesn’t make a great deal of financial sense to bid on the rights to a show or film that’s potentially not going to be popular in that region!

If you’re after a VPN with lightning-fast speeds and a huge network of servers – look no further than ExpressVPN! All of Express’ 3,000 servers offer unlimited bandwidth and can beat out ISP throttling to ensure a smooth streaming experience. What’s more, Express has no trouble unblocking BBC iPlayer, Disney+, and Prime Video in addition to Netflix.

Express allows for up to 5 simultaneous connections, and is compatible with Mac, Windows, Android, and iOS devices – and you’ll even be able to install the VPN on your games console. Express’ no-logs claim has been independently audited, and your online privacy is further secured by OpenVPN encryption. We’d definitely recommend putting Express to the test with its 30-day money-back guarantee, and help is at hand via live chat if you run into any issues.

NordVPN boasts more than 5,400 servers across the globe in 59 countries. They’re quick, too, with unlimited bandwidth and strong OpenVPN encryption to ensure that your personal information stays private online.

You’ll have a hard time finding a streaming service that NordVPN can’t unblock, and the whole family can tune in to their favorite shows, thanks to 6 simultaneous connections. NordVPN is compatible with Windows, Mac, iOS, Android, and Linux devices, and Chrome and Firefox browser extensions are also available. NordVPN offers a 30-day money-back guarantee, and you can get in touch with customer support at any time of the day or week!

Swedish-based PrivateVPN might have a smaller pool of servers to pick from, but they cover key locations that make unblocking streaming sites simple! All of PrivateVPN’s 100 Tier 1 servers are ultra-fast, and you’ll be able to check out BBC iPlayer, Disney+, and Hulu without restrictions.

Thanks to Sweden’s privacy laws, PrivateVPN can abide by a zero-logs policy, and its military-grade OpenVPN encryption is more than enough to keep your browsing sessions secure. PrivateVPN allows up to 6 simultaneous connections, and is compatible with most devices as well as enabled routers. A stellar customer service team is available 24/7, and with a 30-day money-back guarantee, you can take PrivateVPN for a trial run before subscribing.

Samurai Champloo tells the tale of three odd companions, their chance meeting, and their journey across the country. After accidentally causing the death of a magistrate’s son, Mugen, and Jin, a pair of swordsmen, rescue a young waitress from the attentions of a band of samurai. She asks that they accompany her on a quest to find the samurai who “smells of sunflowers” – a mission that conveniently whisks Mugen and Jin away from the execution they’d otherwise have faced.

The trio seems totally incompatible at first – Mugen is a hot-headed young vagabond who fights without finesse, Jin is far more disciplined, a model samurai, and Fuu is perhaps braver than either of them. But together, they make their way through a stylized Japanese setting that borrows from classical Edo-era narratives, as well as hip-hop and references to modern art and music.

It’s simple, really! Your IP address informs Netflix of where you are in the world, and Netflix uses this information to determine which regional library you’ll have access to. So, to check out the libraries of other countries, you’ll need to change your IP address! And this is exactly what a VPN does. When you connect to a VPN server, you are assigned a new and temporary IP address based in the same location as the server. When you next visit Netflix, the site will assume you’re located in the same place as your new IP, and you’ll have access to all sorts of new content!

No, Netflix will not ban you for using a VPN. It wouldn’t make sense to cut off paying subscribers, after all! Netflix has been getting better at identifying IPs that belong to VPNs, however, so you may encounter an error message asking you to disconnect from your VPN. You’ll be unable to continue watching shows or movies until you do so.

There’s nothing more frustrating than wanting to watch a new show or series and not being able to, even with a VPN – but if you’re having trouble accessing Netflix, there are things you can do. First, try disconnecting from your VPN server and selecting a different one. If this simple fix doesn’t work, we’d recommend talking with your VPN’s customer service team – they may be able to shed some light on the situation! Check out our Netflix VPN troubleshooting guide for more ways to get your VPN working with Netflix.