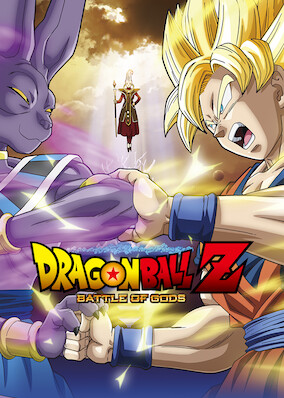 Dragon Ball Z: Battle of Gods is the eighteenth film in the Dragon Ball series and a stand-alone release that hit theaters in 2013. The film sees the God of Destruction – Beerus – awoken by Whis, who informs him of Frieza's defeat at Goku's hand. The pair then seek out Goku, who challenges Beerus only to find that he cannot match his strength. The bout ends in an instant - and Beerus leaves disappointed.

The God of Destruction still means to challenge Earth's most powerful champions, however. Goku is determined to face him once more, but must first embark on his own journey to understand the limitations of his Super Saiyan powers. Along the way, a very different challenge presents itself: how to accept defeat with humility?

Unfortunately, Dragon Ball fans in the US are unable to watch Battle of Gods on Netflix. But don’t despair! With a VPN, you’ll only be a few clicks away from the intergalactic battle.

Can I stream Dragon Ball Z: Battle of Gods on Netflix?

Dragon Ball Z: Battle of Gods is currently available on Netflix France, Italy, Portugal, Spain, and the United Kingdom. Viewers who live elsewhere will need the help of a VPN in order to tune in.

How to watch Dragon Ball Z: Battle of Gods on Netflix

Installing a VPN on your device is incredibly simple, and you’ll be able to watch Dragon Ball Z on Netflix in just a few short steps – no need to go Super Saiyan.

STREAM BATTLE OF THE GODS NOW

Why You Need a VPN to Watch Dragon Ball Z: Battle of Gods

Dragon Ball Z: Battle of Gods is only available to watch in 5 countries – but the US is not among them. You might think this is strange, seeing as the anime series has enjoyed tremendous success in the states, and Netflix would probably be happy to allow US customers to watch the movie if it could. Ultimately, the film being unavailable on Netflix boils down to licensing issues.

Copyright dictates which countries Netflix is allowed to broadcast certain shows in, and which countries it is not. This is usually done to protect licensing agreements in other territories, and is the reason why the Netflix libraries will vary from place to place.

Users from European countries outside of those listed may need to acquire an American subscription to Netflix, as new legislation means that users from within the European Economic Area will only see their registered country's Netflix catalog when accessing other EEA catalogs with a VPN. With an American Netflix subscription, you can access each individual country's Netflix catalog within the EEA – so you can stream your favorite anime, and so much more!

ExpressVPN is one of the best VPNs available and spoils customers for choice when it comes to picking a VPN server. There are more than 3,000 available in 94 countries, and they’re incredibly quick. What’s more, you won’t need to worry about ISP throttling or bandwidth restrictions. Express doesn’t pull punches in its privacy measures, either, employing strong OpenVPN encryption alongside a no-logs policy.

The whole family can tune into Netflix with 5 simultaneous connections, and Express is compatible with most devices – including games consoles and routers. If you’d like to check out other streaming services, Express can comfortably access Disney+, BBC iPlayer, Prime Video, and more! Check it out for yourself with a 30-day money-back guarantee, and rest assured that help is at hand with a 24/7 customer service team.

You’ll be able to install NordVPN on any device, make use of its Chrome and Firefox extensions, and enjoy up to 6 simultaneous connections. Alongside Netflix, NordVPN can also unblock BBC iPlayer, Prime Video, and Hulu. A 30-day money-back guarantee means you can put NordVPN through its paces before committing to a full subscription, too.

PrivateVPN provides users with a tier 1 network of servers in key locations – ideal for streaming. You'll be able to take your pick of 100 servers in 60 countries, all with unlimited bandwidth and fast speeds comparable to the most premium names on the VPN market. PrivateVPN can also access geo-restricted content on BBC iPlayer, Disney+ and Hulu, and supports 6 simultaneous connections.

OpenVPN is PrivateVPN's protocol of choice, and a zero-logs policy ensures that your data will remain secure. Whether you use Windows, Mac, iOS or Android, there's an app for you, and you can trial the VPN for yourself with a 30-day money-back guarantee. PrivateVPN's customer support comes highly commended, and a team of experts are available 24/7 via live chat.

Long before the events of Dragon Ball Z: Battle of Gods, the Oracle Fish created a prophecy that foretold of a champion that would challenge Beerus, the God of Destruction. Awoken from his slumber by old friend and martial arts master, Whis, Beerus learns of Goku’s defeat of Frieza. Intrigued by the Saiyan warrior, Beerus and Whis seek Goku out.

The ensuing battle is short-lived, however, as Goku ultimately proves too weak to challenge the God of Destruction. Beerus turns his attention to the Earth in the hopes of finding the champion from the prophecy.

Instead, he finds Bulma’s birthday party (and rather rudely interrupts it). The guests must now placate the God of Destruction, but Pilaf, Mai, and Shu have their own plans. Goku likewise sets upon a new path, rising from defeat to challenge Beerus all over again.

Need more information? Check out this quick FAQ section before heading over to the search bar.

Netflix examines your IP address to figure out where you are in the world. Armed with this info, the site then knows which shows and movies it can show you as per its licensing agreements. So, to check out the content from other regions, you’ll need to change your IP address. This is what your VPN will do. When you connect to a VPN server, you’re assigned a new and temporary IP address based in that same location. When Netflix takes a look at your IP, it’ll assume you’re physically located there, and grant you access to that country’s library of content. Simple!

No. It’s more likely that you’ll be prevented from watching shows or films until you’ve disabled your VPN. Netflix faces untold pressure from copyright holders who would rather you didn’t use a VPN to access geo-restricted content. Even so, it would not make great business sense to ban paying customers – Netflix has an obligation to its shareholders, after all.

It can be frustrating to encounter error messages, blank screens or endlessly loading shows even when you’ve gone to the trouble of installing a VPN. However, there are things you can do to solve the issue. We’d firstly recommend connecting to a different VPN server. You can also check out our Netflix VPN troubleshooting guide for some top tips on fixing any issues. If you’re still having trouble, it’s best to reach out to your VPN’s customer service team.