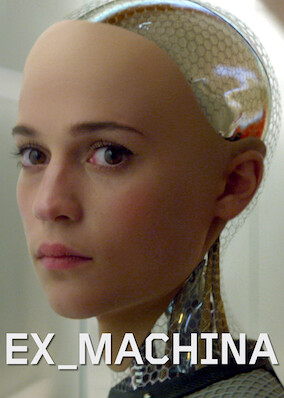 Directed and written by Alex Garland, Ex Machina is a sci-fi psychological thriller that hit theaters in 2014.

Caleb Smith is tasked with administering the Turing test to an AI belonging to his CEO – Ava. Ava is kept locked away in a cell, and as Caleb evaluates Ava, a mutual attraction begins to develop. Ava looks like a human, she converses easily with Caleb, and shows an interest in seeing the world beyond her small cell. To facilitate this, she and Caleb hatch a plan to trigger power outages so that they can plot in privacy – at which point Ava reveals that Nathan, her owner, is a far more sinister figure than Caleb could imagine.

Ex Machina is only available in one location, which means that the majority of Netflix customers will miss out on this chilling AI adventure. However, a VPN can bypass geo-restrictions and open up a world of content from overseas.

Can I stream Ex Machina on Netflix?

If you live in the United Kingdom, you’ll be able to watch Ex Machina by simply logging in to your Netflix account. For anyone else, it can be tricky to access the film – without a VPN, that is! A VPN lets you trick the sites you visit, including Netflix, into thinking you’re located elsewhere, bypassing pesky geo-restrictions that’d otherwise prevent you from watching certain films and TV shows.

It is worth bearing in mind, however, that customers living in Europe may have trouble accessing the UK Netflix library even with a VPN. Netflix can determine which country your account was originally registered in, and unfortunately, there is no way to bypass this particular restriction that says that European users should only have access to the content available in their home country.

How to watch Ex Machina on Netflix

Whether you’re new to the world of VPNs or are a tech veteran, it only takes a few moments to get one set up and ready for streaming. Follow along with the steps below, and unlock a world’s worth of content!

Why You Need a VPN to Watch Ex Machina

Considering Netflix’s position as a global hub for on-demand content, it doesn’t make sense to make a film or TV show available in just one country – right?

Well, this is largely due to territorial licensing. Netflix is beholden to the whims of copyright holders who can determine which countries that content can, or cannot, be shown in. Typically, this is done in order to protect licensing agreements that exist in other countries. Netflix also has to consider viewer demand. If interest in a piece of content is particularly low in a region, it doesn’t make sense for Netflix to pay exorbitant amounts of money to acquire the rights to show it there. This is why Netflix libraries can vary from country to country.

Ex Machina, a sci-fi thriller, was released to theaters in 2014, and features a star-studded cast, including the likes of Alicia Vikander, Domhnall Gleeson, Oscar Issac, and Sonoya Mizuno.

Caleb Smith, after winning a contest, is invited for a one-week stay in the opulent home of his CEO, Nathan Bateman. Nathan asks Caleb to perform the Turing test on a female android – Ava, an AI that he built himself. Caleb agrees, and in the process of talking to Ava, begins to develop feelings for her. Ava reciprocates these feelings. She also confides in Caleb, telling him that she longs to see what there is outside of her cell. Committed to helping her experience the world beyond Nathan’s home, Caleb agrees to help Ava, and the pair hatch a scheme to sabotage the surveillance system so that they can plot in privacy. Ava tells Caleb another secret, then – that Nathan cannot be trusted.

The film, directed by Alex Garland, received worldwide critical acclaim and scooped a number of awards, including the Academy Award for Best Visual Effects. Ex Machina was also nominated for the BAFTA Award for Best British Film.

You’ll find the answers to some common questions about using Netflix alongside a VPN below. If you’d like to learn more, use the search bar to check out our articles, in-depth guides, and reviews.

Netflix examines your IP address in order to determine the content available for you based on the region you’re in. So, you need to change this IP address in order to access content from overseas. A VPN does this, and you’ll fool the sites you visit into thinking you’re elsewhere when you connect to a VPN server. The server provides you with a temporary IP address based in the same location – granting you access to that region’s content.

Netflix will not ban you for using a VPN, no. It wouldn’t make a great deal of financial sense to cut off paying customers, after all. However, it’s worth noting that Netflix does face a great deal of pressure from copyright holders to come down hard on VPN users. You may come across an error, as a result, that requests that you disconnect from your VPN in order to continue watching your film.

Accessing geo-restricted content can be tricky. Sites like Netflix are getting better at recognizing – and blocking – IPs known to belong to a VPN. So, a VPN that was able to access Netflix’s overseas content today may not be able to do so tomorrow. We appreciate that this can be frustrating, however. If you’re experiencing problems, try connecting to a different VPN server, and if that doesn’t work, get in touch with your VPN’s customer service team. These experts may have more insight into why a particular service is inaccessible.