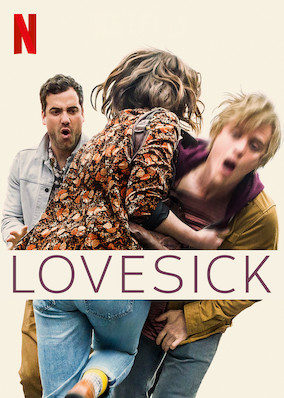 First broadcast on Channel 4 in 2014, the British sitcom Lovesick was picked up by Netflix for a second and third season.

The show follows the often-awkward Dylan Witter and his roommates in Glasgow. Dylan was recently diagnosed with Chlamydia and now faces the mortifying task of informing his previous sexual partners. It’s easier said than done, however, seeing as none of Dylan’s past relationships ended on a particularly good note.

Most Netflix customers will be able to check out Lovesick – but for those who can’t, a VPN can unblock the show in a few quick clicks.

Can I stream Lovesick on Netflix?

Thanks to its status as a Netflix Original, Lovesick can be accessed in a whopping thirty-two countries! However, this certainly doesn’t mean that everyone around the world will be able to tune in. Licensing agreements mean that Netflix can only distribute content in particular territories – but don’t despair! If you live outside of the thirty-two countries (listed above) where Lovesick is available, you can simply invest in a VPN to “spoof” your location.

How to watch Lovesick on Netflix

Below, we’ve outlined the steps you’ll need to take in order to install a VPN. It’s simple, quick and you don’t need to be a privacy expert to do it!

Why You Need a VPN to Watch Lovesick

With Lovesick so readily available in so many Netflix libraries, it might seem criminally unfair that a few miss out on the sitcom – so why is this the case?

In truth, Netflix would like to be able to offer a full library of content to all of its customers, regardless of where they live, but the service is beholden to the wants and whims of the content copyright holders. These copyright holders dictate which locations a show or film can be distributed in, and, consequently, which locations will miss out. Netflix must also take demand into account – financially, there’s little to gain from buying the regional rights to content that is not popular in that particular country!

A long-established name in the VPN market, Express has an impressive network of 3,000 in 94 countries – and they’re lightning-fast! You’ll benefit from unlimited bandwidth, and military-grade OpenVPN encryption to keep your data secure, too.

Express is compatible with Mac, Windows, Android, iOS, and Linux devices, and can even be installed on routers. 5 simultaneous connections means that you can secure all of the devices in your home, and Express has no trouble unblocking the most in-demand streaming services available today. For any issues that arise, an expert team is available 24/7 via live chat or email, and a 30-day money-back guarantee lets you test the service at your own pace.

NordVPN combines speed, safety, and powerful unblocking power to be one of the most trusted VPN providers out there. You’ll have your pick of more than 5,400 servers, all with unlimited bandwidth and the ability to bypass ISP throttling – so you can stream in HD smoothly. What’s more, NordVPN can also access BBC iPlayer, Prime Video, and Hulu in addition to Netflix.

The whole family can stay secure online thanks to 6 simultaneous connections, and NordVPN is compatible with most devices – and Chrome and Firefox browser extensions are available, too. Be sure to check out NordVPN’s 30-day money-back guarantee, and get in touch with its excellent customer service team if you have any questions.

Based in Sweden, PrivateVPN offers a selection of 100 Tier 1 servers. They’re quick, with unlimited bandwidth, and you’ll have no trouble accessing BBC iPlayer, Hulu, and Disney+ in addition to Netflix.

When it comes to security, PrivateVPN doesn’t pull punches, opting for mega-secure OpenVPN as well as an audited no-logs policy. 6 simultaneous connections are on offer, and you’ll be able to install PrivateVPN on any Windows, Mac, iOS, Android, or Linux device. You can get in touch with PrivateVPN’s outstanding customer service team at any time of the day, and take the provider for a spin with a 30-day money-back guarantee.

Lovesick first clattered onto our screens in 2014, created by Tom Edge, and starring Johnny Flynn in the role of Dylan Witter. The British sitcom details the life of a ragtag group of friends sharing a home in Glasgow – and the ins and outs of their turbulent love lives.

When Dylan is diagnosed with Chlamydia, he realizes it’s now his responsibility to inform his previous partners. Through flashbacks, Lovesick performs a postmortem on each of Dylan’s relationships – which were largely doomed even before the STI situation. His friends, Luke and Evie, have their own travails, and as the series goes on, the narrative takes a closer look at their relationships with one another.

Originally broadcast on Channel 4, Netflix eventually commissioned a second season of the show in 2016, and a third was made available in 2018.

It all comes down to your IP address. Each device you use has one, and it can be used by sites and services to determine exactly where you are in the world. Netflix, using this information, then knows which regional library you have access to. Unfortunately, you can’t check out the library of a region outside your own – not without a VPN. A VPN assigns you a new and temporary IP address in the same location as the server you join. So, sites like Netflix will be fooled into thinking you’re physically located there, and you’ll be able to browse all sorts of different geo-restricted libraries!

Nope! You won’t get banned for using a VPN with Netflix. Bear in mind, however, that Netflix is ruthless when it comes to blocking IP addresses known to belong to VPNs. So, you might come across an error message that asks you to disconnect from your VPN in order to resume regular service.

Not being able to watch a new show or an old favorite is certainly frustrating – but don’t despair! There are things you can do to try and solve the problem. Firstly, disconnect from your current VPN server and choose a different one. If this doesn’t work, it’s worth getting in touch with your VPN provider’s customer support team. We have also created our own Netflix VPN troubleshooting guide which will help you get back up and running.