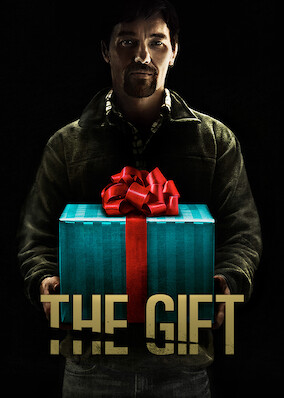 Joel Edgerton’s directorial debut, The Gift, arrived in theatres in 2015; a psychological thriller starring Jason Bateman and Rebecca Hall as a young married couple who leave Chicago for LA.

Having recently gotten a new job, Simon and Robyn decided to head out to the Los Angeles suburbs. There, they reconnect with an old classmate of Simon’s – Gordo. The couple initially thinks very little of the encounter, but as Gordo begins to impose more and more in their new life, they begin to wonder whether his gifts are as innocent as they seem.

The Gift is, unfortunately, only available to a very small percentage of Netflix customers. Horror fans in Europe and Asia will likely miss out! However, a VPN is the perfect tool to bypass geo-restrictions.

Can I stream The Gift on Netflix?

If you live in the Netherlands, South Africa, or the United States, you’ll find The Gift in your Netflix library. Fans elsewhere will have more trouble. In order to watch The Gift on Netflix from outside of these locations, we’d recommend a VPN! With a VPN, you can “spoof” your location and unblock content from around the globe – including The Gift and other thrillers.

How to watch The Gift on Netflix

Don’t worry if you’ve never used a VPN before – they’re user-friendly and only take a moment to set up. And, to make things even easier, we’ve outlined the steps below.

Why You Need a VPN to Watch The Gift

Netflix is considered the home of modern film and has a global customer base – so why can’t you watch The Gift from anywhere in the world?

It comes down to the wants and whims of the copyright holders. They decide where content can be viewed and where it cannot and can force Netflix’s hand when it comes to what’s accessible in regional libraries. This is usually done to protect licensing laws in other countries – and why these libraries vary so much from one place to the next.

Jason Bateman and Rebecca Hall star as a married couple who begin to suspect that an old acquaintance is interfering in their once-peaceful life.

Simon and Robyn relocate to LA from Chicago and there bump into “Gordo” – a classmate of Simon’s from years and years ago. Seemingly innocuous at first, Gordo begins to show up at the couple’s house, unannounced, and always with gifts. Gordo plies Simon and Robyn with offerings of wine and expensive fish, but Simon is less than thrilled, and grows more and more uneasy.

After being invited to Gordo’s oddly opulent home, Simon takes the opportunity to warn him away from Robyn and their life. However, Robyn is later convinced that she isn’t home alone when Simon leaves for work.

Every device you use has an IP address – and Netflix uses this information to pinpoint your location and determine which regional library you have access to. So, you’ll need to change this IP address if you want to watch shows and films from abroad. A VPN does this and assigns you a temporary IP address based in the same place as the server you connect to. When you next visit Netflix, it’ll assume you’re physically in the same place as the server, and that country’s content library will be accessible to you!

No, Netflix won’t ban you for using a VPN. It’s worth bearing in mind, however, that the site does face untold pressure from copyright holders to crack down on VPN usage. So, you may come across an error that prevents you from watching more content until you disconnect from your VPN service.

We know it’s frustrating when things don’t go to plan – but don’t despair! First, try disconnecting from your current VPN server and choosing another. If this doesn’t work, then we’d recommend getting in touch with your VPN’s customer service team via live chat or email ticket or checking out our Netflix VPN troubleshooting guide.