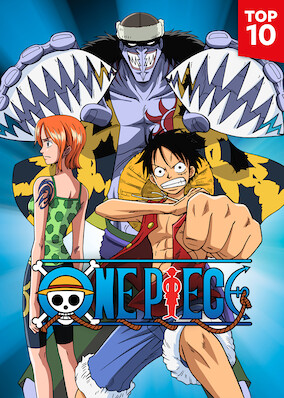 Can I stream One Piece on Netflix?

Yes! There are hundreds of episodes spanning 31 seasons of One Piece on Netflix at the moment, with the vast majority of the show being only available on the Japanese library, you're going to need a VPN if you want to catch up with the Straw Hat Crew's adventures in The Grand Line.

How to watch One Piece on Netflix

Why You Need a VPN to Watch One Piece

Netflix is constantly changing the licensing agreements it has with copyright holders – buying and selling the rights to show certain shows in different regions, and conforming to local censorships. This means that Netflix catalogs and their content vary depending on where you live, and that, if you want to access different Netflix catalogs, you'll need to spoof your location.

The majority of One Piece is only available on the Japanese library, so be sure to use a VPN that is proven to unblock the Japanese Netflix.

Fortunately, the VPNs below all have servers in Japan, so you can stream One Piece on Netflix, and thanks to robust security and encryption, no one will know you watched it – not your internet service provider, hackers, or even the government! You can stop prying eyes from seeing your internet usage by connecting to a VPN – making you safer online at home and on-the-go!

ExpressVPN is the best VPN for streaming. With thousands of lightning-fast servers in over 94 countries (including Japan), it offers everything you need to unblock One Piece from anywhere in the world. The service consistently unblocks 24 Netflix catalogs, including the UK, Japan, and USA – so you can stream your favorite shows with ease!

Express offers apps for all platforms and up to 5 simultaneous VPN connections, so you can protect your devices both at home and on-the-go. If you want military-grade encryption, reliably fast servers, and an enormous catalog of Netflix libraries, take advantage of its 30-day money-back guarantee and test the service without risking your cash!

NordVPN offers a budget-friendly service that lets you unblock Netflix with ease and so much more. Fortunately, Nord can unblock 14 Netflix catalogs, including the UK, Japan and USA, so you're sure to get your money's worth. Aside from streaming, you can use Nord to unblock a plethora of online content, run Tor over VPN, and Torrent in absolute privacy – letting you bypass censorship and access geo-restricted content from all over the world. Give Nord a go with a generous 30-day money-back guarantee.

PrivateVPN is by far the best cheap streaming VPN. Thanks to its user-friendly apps, robust encryption and dedicated streaming servers for Netflix, Disney+, Hulu, Prime Video, and more, you'll never be stuck for something to watch. Alongside its great functionality, PrivateVPN allows for fantastic customization – letting you dial in the perfect blend of speed and security for your needs.

Users can connect up to 6 devices at once, so you'll pay less and get more than you would from some of its leading competitors. It's an all-round superb service that's perfect for users who don't want to spend a lot of money on a VPN. Try it for yourself and make the most of its 30-day money-back guarantee.

One Piece is an animated series based on the iconic comics written by Eiichiro Oda and serialized in the Weekly ShÅnen Jump since 1997! It follows the story of anti-hero Monkey D. Luffy, a young pirate, with a body made of rubber, looking to seize the title of Pirate King by conquering The Grand Line – a treacherous sea filled with the dangerous monsters, and even more dangerous people.

The story follows Luffy as he builds his crew, sets sail, and continues to get himself into hilarious hijinks and scuffles with the Navy, building friendships, pushing himself and others to new limits, and uprooting the way of the world.

Spanning over 1000 episodes, it's an iconic anime series that's well-worth the time investment.

We carefully select our VPN recommendations with Netflix in mind and are certain that they'll work. Each provider has plenty of servers that can unblock international Netflix catalogs, and offer reliable and consistent services all-round. However, if your VPN isn't working as it should to unblock One Piece, get in touch with your VPN's customer support team to find out which server you should use. Your VPN may not unblock a certain Netflix location, or you may need to connect to a specific server for it to work. If a show is available in multiple countries (as with One Piece) check the above list of countries to see which is the most suitable option. Check out our Netflix troubleshooting guide for more tips if you are experiencing any trouble.