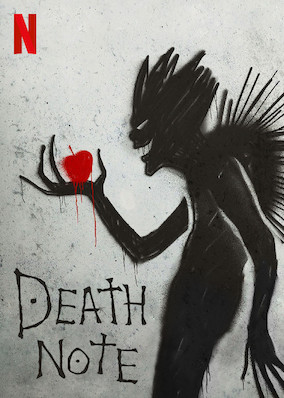 When Light Turner finds a mysterious notebook with the power to bestow death upon anyone whose name he writes, he does what anyone else would do: develops a god complex and tries to create his own utopia. Based on the anime and manga series of the same title, this live-action film is a hard-hitting retelling of the story.

Unfortunately, Russia has banned Death Note and similar anime titles due to fears that children would try to mimic the on-screen violence. Thus, you will need a VPN to watch the show there, as well as any other countries, where it is not currently showing.

Can I stream Death Note on Netflix?

Yes! Death Note is currently available on Netflix in numerous countries, including the USA, UK, and Japan. So if you're in a country where you can't access it, there are plenty of options to choose from!

How to watch Death Note on Netflix

Streaming geo-restricted Netflix catalogs is easy, provided you use the right tools. Our hand-picked VPN recommendations have custom apps for all platforms and are recommended by our experts – so you can spoof your location abroad to access your favorite Netflix content.

By connecting to a VPN server in any of the listed countries, you can stream Death Note with ease! Just follow the steps below to set up your VPN and unblock the movie:

Why You Need a VPN to Watch Death Note

Netflix changes which shows and films are available in each region because of the licensing agreements it has with copyright holders. This causes the Netflix catalog to differ depending on where you live, but also lets you geo-spoof your location to see what everyone else is watching.

Death Note is currently available in a wide range of countries, both inside and outside of the EU, so if it's not in your library at the moment, you only need to check the above list and digitally hop across to unblock the content.

Our recommended VPNs all provide watertight online privacy thanks to robust encryption protocols that shield your internet traffic from prying eyes. This will prevent websites and services from seeing your IP address (internet identity), but also prevents your ISP and government from tracking what you do online. As a result, you can watch this film anywhere you want to – because no one will know you streamed it!

ExpressVPN is an industry-leading VPN provider that continues to impress us with its content unblocking capabilities. It's a reliable and fast VPN that makes streaming on Netflix a breeze. The service provides access to a whopping 24 different Netflix catalogs, including the USA, UK, and Japan for streaming Death Note.

ExpressVPN has easy-to-use apps for all major platforms and allows up to 5 devices to connect to the VPN at the same time so you can stream Netflix both at home and on-the-go! With its robust encryption protocols, it ensures nobody knows you watched the movie (which is ideal if you want to unblock it in Russia). If you want to try one of the best VPNs money can buy, you'll be glad to know you can test the service risk-free, thanks to its 30-day money-back guarantee.

NordVPN is a fantastic VPN provider that's perfect for unblocking Netflix content. Offering a generous 14 Netflix catalogs, plenty of security features, and all at a reasonable cost, this VPN is great value-for-money. Nord can unblock not just Netflix, but a large choice of international streaming services. A superb all-rounder that comes at a great price. You can compare it to our other recommendations thanks to its 30-day money-back guarantee.

PrivateVPN is a low-cost, no-nonsense VPN provider that offers dedicated servers for specific streaming platforms (including Netflix)! With plenty of security features, and access to a wide variety of Netflix libraries, PrivateVPN is perfect for streaming Death Note – or any other exclusive TV shows and movies on Netflix from around the world.

Despite its budget-friendly pricing, it provides excellent speeds for streaming in HD on up to 6 platforms at once, meaning it's a great option for people with family Netflix accounts. Highly recommended by consumers, it's well worth considering if you need a cheaper option without sacrificing reliability. Put it through its paces with its 30-day money-back guarantee.

Based on the hit anime and manga series, Death Note is a condensed retelling of this iconic series. Starring Nat Wolff as Light, and Willem Dafoe as Ryuk, follow them on their journey as Light tries to rid the world of criminals – becoming the world's most-wanted in the process!

No. Netflix won't risk losing people's subscription fees. With this in mind, it never bans users for unblocking content with a VPN, and instead focuses its efforts on restricting known VPN IP addresses. Therefore, you must subscribe to a VPN service that actually works with Netflix, or else you could end up with a VPN that doesn't actually work. Stick to the services in this guide and you can stream Death Note with no issues whatsoever.

Our VPN recommendations are carefully chosen to ensure they unblock Netflix. Some VPN providers only provide access to the US Netflix catalog, which limits the amount of content you can stream. Our recommendations have a wide range of servers that are known to unblock plenty of international Netflix catalogs. As a result, you can access exclusive Netflix titles from around the globe. If your VPN isn't working to unblock a specific title, contact your VPN's support team to find out which server you should use. There is a chance that your VPN will not unblock a certain Netflix location. Thus, if a show is available in more than one country (as is the case with Death Note) you should check to see which of those countries is a better option.

In Russia, the movie is banned. This means that it is important to ensure you use a secure VPN with strong encryption. Our recommendations all provide OpenVPN encryption, DNS leak protection, and a kill-switch. This ensures you can unblock Death Note without Netflix, your ISP, or the government finding out.