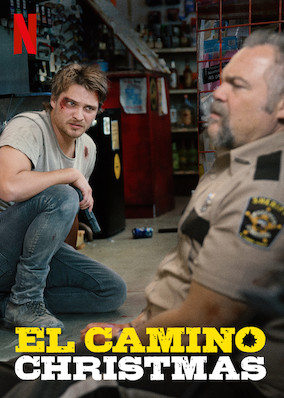 El Camino Christmas is an American film about a group of strangers who strike up an unlikely friendship while stuck in a liquor store on Christmas eve. The movie serves as a comedic social commentary on some police officer's willingness to act (sometimes imprudently) in the heat of the moment. It is perfect for any Netflix subscriber looking for an easy-to-watch black comedy with a festive theme.

Can I stream El Camino Christmas on Netflix?

To make use of that information, subscribe to a VPN and connect to one of those locations. This will conceal your real IP address and automatically update your Netflix catalog so that you can stream the movie.

How to unblock El Camino Christmas from anywhere

Why You Need a VPN to Watch El Camino Christmas

Due to the licensing restrictions placed on it by content producers and copyright holders, Netflix can't always include every TV show and movie on every catalog around the world. Some places, like the USA, get up to 70% more content in their Netflix library than elsewhere. This can be frustrating, especially considering that a Netflix account costs about the same amount.

Even people living in countries like Canada and America can stream more content by accessing a foreign catalog. This is because certain movies and TV shows are only available in Britain, Europe, or elsewhere. With El Camino Christmas, the movie is available in 33 countries in total. That means that people living in around 60 countries can't stream it – unless they use a VPN.

A VPN for El Camino Christmas lets you conceal your actual location from Netflix. It does this by allowing you to connect to a server in one of the countries where El Camino Christmas is currently showing. As soon as the VPN connects, Netflix believes that you are living in that foreign location and (without you needing to do anything) your Netflix catalog will automatically update to include El Camino Christmas (and anything else available in that country).

How to watch El Camino Christmas with ExpressVPN

ExpressVPN is a provider from the British Virgin Islands that is widely considered the best VPN in the world. It is a zero-logs service that is both good for gaining privacy and superb for unblocking geo-restricted content. It is by far the best VPN for streaming more Netflix, because it provides instant access to 24 different Netflix catalogs – including a number of the locations showing El Camino Christmas. ExpressVPN has apps for all platforms that are super easy to use. This makes it perfect for beginners who want to stream exclusive Netflix content on an international catalog. ExpressVPN also lets you use the VPN on up to 5 devices at the same time; which means that you and the kids can unblock something different if you want to. A superb all rounder that provides a 30-day money-back guarantee to let you try out the service.

How to watch El Camino Christmas with NordVPN

NordVPN is a reliable provider based in Panama. It is ideally suited to unblocking Netflix content because it unblocks 14 different Netflix catalogs – including a few of the places currently showing El Camino Christmas. NordVPN is cheap considering what you get. It has many advanced features, and it is extremely versatile both when using StreamCatcher and for unblocking all kinds of other services. It provides fantastic speeds for streaming in HD without buffering. Overall, we find it to be a superb all-rounder that will easily let you watch El Camino Christmas – or any other TV show or movie you are interested in. Test it risk-free if you want to, using its 30-day money-back guarantee.

How to watch El Camino Christmas with PrivateVPN

PrivateVPN is our last option for unblocking more content on Netflix catalogs around the globe. It is a trusted service from Sweden that is often recommended by users (who love this service a lot!). It is a low-cost service that provides a lot of bang for your buck. It is secure, has apps for all platforms, and it provides access to a huge number of different Netflix catalogs around the globe. This makes it perfect for streaming El Camino Christmas or anything else that takes your fancy. We love how cheap this VPN is, and we recommend it not only for unblocking content but also for gaining watertight privacy online! Plus, it lets subscribers use the VPN on up to 6 devices simultaneously – which makes it great for families who all need use of a VPN. A superb service that you can compare to our other recommendations yourself using its 30-day money-back guarantee.

This black comedy is a festive movie for those who want something a bit different. While it isn't necessarily a film that will have you rolling about in your seat laughing it is definitely a good choice for anybody who wants something that keeps their attention and makes them smile. The film is often searched online due to its rendition of The Twelve Days of Christmas, which is performed by Frederic Austin.

The black comedy was directed by the renowned American playwright David E. Talbert (the writer and director of this year’s hit Jingle Jangle). It stars Jessica Alba, Tim Roth, and Dax Shepard in a plot that centers around a character called Eric – played by Luke Grimes. Eric comes to El Camino during the holidays in search of his estranged father – whom he has never met.

While in El Camino, Eric is hassled by a drunk police officer who takes a disliking to him. The cop later shoots at a liquor store in which Eric – and four other individuals – choose to barricade themselves in for fear that the store is being held up at gunpoint. During the mistaken hold-up, a friendship develops between the people stuck inside.

"accordion" question="Could I get banned from Netflix?" answer="No. Netflix knows that it would only be harming itself if it bans paying customers. It wants your subscription fees, and for this reason it will never ban you from its service for using a VPN. Instead, Netflix opts to block IP addresses that are known to belong to VPN providers. That is why only a few unblock Netflix regions around the world. As a result, you can easily stream El Camino Christmas!"

"accordion" question="What if the VPN doesn't work?" answer="The VPNs in this guide were chosen because they all work to unblock Netflix. Our recommendations are known to have multiple server locations that work with Netflix. As a result, you will be able to use them to take advantage of our StreamCatcher tool. However, if for some reason you are having trouble getting your VPN working, we recommend that you read our Netflix VPN troubleshooting guide. It will explain what to do to get the VPN working so that you can stream El Camino Christmas "