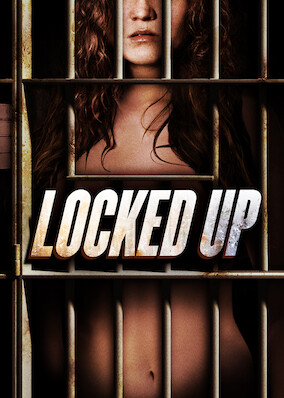 Locked Up is a film by Jared Cohn about an American girl who moves to Asia and ends up in a correctional facility after protecting herself from an attack from a bully. While incarcerated, Mallory, played by Kelly McCart, faces constant abuse from guards, inmates, and gangs. The gritty movie comprises a cast of unknowns – but manages to grip its audience thanks to its crazy, fast-paced plot. The movie is ideal for anybody looking for a Drama that some people consider a future cult film. Suitable for mature audiences only.

Can I stream Locked UP on Netflix?

Yes. Locked Up is currently available on Netflix, Japan, which means that you can easily stream the film by using a VPN. A VPN will allow you to spoof your location to Japan, causing your Netflix library to automatically update and include this action-packed drama.

How to watch Locked Up on Netflix

If you subscribe to one of our recommended VPNs, you will be able to hop between Netflix catalogs with ease! The VPNs on this page were carefully selected because they have servers where you need them to stream content only currently showing in Japan. These VPNs have apps for both desktop and mobile devices, which means that you will easily be able to stream Locked Up no matter what kind of device you own.  Just follow the steps below to spoof your location to Japan and enjoy this excellent film!

Why You Need a VPN to Watch Locked Up

Netflix is limited in what it can show around the world due to the licensing agreements it enters into with copyright holders. As a result, each Netflix region has different titles, that are only available to view if you live there. As a Netflix subscriber, you are only supposed to see the library of content for your own country, which is why Netflix uses geo-restrictions to prevent you from accessing all the titles available elsewhere.

We understand that as a paying customer you would like to be able to watch everything! That is why we have made the StreamCatcher tool, which informs you about any content showing around the world n international Netflix catalogs. Using our tool, you can find out which country a film or TV show is available in. That way you can subscribe to a VPN, spoof your location abroad, and watch all that extra content.

At the moment, Locked Up s only available on the Japanese library, so you will need to stick to a VPN that is proven to unblock the Japanese Netflix.

Fortunately, the VPNs below all have servers in Japan, so you can stream Locked Up on Netflix. Plus, thanks to the robust encryption provided by the VPN no one will know you watched it – not your internet service provider, hackers, or even the government! That's why a VPN is so cool – it gives you privacy and the ability to change your location to pretend to be elsewhere in absolute secret!

ExpressVPN is the best VPN for streaming more Netflix. It has lightning-fast servers in over 94 countries (including Japan) and has everything you need to unblock Locked Up on any of your devices. The service consistently unblocks 24 Netflix catalogs, including the UK, Japan, and USA – so you can stream any restricted movies or TV shows with ease!

Express has apps for all platforms and allows up to 5 simultaneous VPN connections, so you can stream Netflix both at home and on-the-go. If you want military-grade encryption, reliable and fast servers, and an enormous catalog of Netflix libraries, it is definitely worth taking advantage of its 30-day money-back guarantee and see just how useful ExpressVPN is for any Netflix subscriber.

NordVPN is a budget-friendly service that lets you unblock a choice of Netflix catalogs in 14 Netflix countries, including the UK, Japan, and USA. As a result, it is a superb tool for getting better value for money from your Netflix subscription. Aside from streaming, you can use Nord to unblock tons of international content. And it is a service that puts privacy first and has many advanced VPN features to let you bypass censorship and gain online freedom without being tracked. You can try Nord to stream Locked Up by taking advantage of its generous 30-day money-back guarantee.

PrivateVPN is by far the best cheap VPN for streaming. Thanks to its user-friendly apps, robust encryption, and dedicated streaming servers for Netflix, Disney+, Hulu, Prime Video, and more – you'll be able to get more streaming options than ever before. Alongside its outstanding functionality, PrivateVPN has a watertight no logs policy and apps for all platforms – so that you can get the privacy you need to do anything online.

Users can connect up to 6 devices at once, which makes it superb value for money and a great service for families. It's an all-around fantastic service that's perfect for users who don't want to spend a lot of money on a VPN. And it has servers in Japan to stream Locked Up! Try it for yourself using its 30-day money-back guarantee.

Locked Up is a movie that contains a lot of nudity and highly mature topics. It centers around an American girl who winds up in prison after she attacks a bully in self-defense. While in prison, Mallory faces a hard time, with constant abuse, fighting, and hard labor. During the plot the protagonist faces violent problems with corrupt guards and various gangs within the prison.

No. Netflix doesn't want to lose the revenue it gets from paying subscribers. Instead of blocking users, Netflix actively blicks known VPN IP addresses ranges (making those VPNs useless for streaming Netflix). That is why you must stick to recommended services if you want to stream Locked Up. Our experts have chosen the above services because we know they work with Netflix, and have a server in Japan.

We carefully select our VPN recommendations with Netflix in mind and are certain that they work. Each provider has plenty of servers that can unblock international Netflix catalogs, and offer reliable and consistent services for streaming in HD. If your VPN isn't working to unblock Locked Up, get in touch with your VPN's customer support team to find out which Japanese server to use. Your VPN may not unblock a certain Netflix location, or you may need to connect to a specific server for it to work. Check out our Netflix troubleshooting guide for more tips if you are experiencing any trouble.