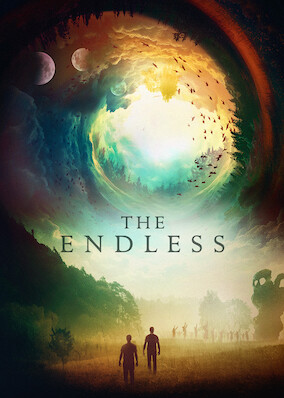 IMDB Score
6.5 / 10
Released
2017
Runtime
111 min
Rated
For mature audiences. May not be suitable for children 17 and under.
Directed by
Justin Benson

A modern blend of science fiction and Lovecraftian horror, The Endless made its theatrical debut in 2017. The Endless stars Aaron Moorhead and Justin Benson, who also produced and directed the eerie entry.

Two brothers decide to revisit the cult they had been a part of in their youth – though the pair remember their time with the group very differently. To Aaron, the cult was nothing more than a commune, but Justin believes they were involved in something far more sinister. Upon arriving, Aaron and Justin begin to notice odd events in the surrounding woods… and suspect that an unknown entity is watching them.

Whilst Netflix customers can check out The Endless if they live in any of the three countries specified above, viewers from overseas will find that the movie is missing from their regional libraries! Luckily, a VPN allows you to check out content from around the world – including The Endless.

Can I stream The Endless on Netflix?

The Endless is available to watch in Canada, the United States, and the United Kingdom. Film fans in these countries can tune in without any trouble – but what about everyone else? Here’s where a VPN comes in handy. A VPN allows you to “spoof” your location, granting you access to films and TV shows from around the world in just a few clicks.

How to watch The Endless on Netflix

Setting up a VPN is quick and easy – even if you’ve never used one before. All you need to do is follow along with our instructions, listed below, and you’ll be ready to stream in no time.

Why You Need a VPN to Watch The Endless

It might seem bizarre that Netflix prevents a wide swathe of its audience from watching certain films and TV shows. After all, isn’t the site supposed to be one of the best on-demand services out there?

Unfortunately, Netflix does not always get to decide where it can and cannot broadcast content. Copyright holders can dictate the territories it’d like its media to be viewable in, and this is usually done to protect licensing agreements that exist in other territories. Similarly, a lack of demand might prevent Netflix from shelling out for the rights to broadcast a particular show in a particular country – if nobody’s going to watch it, it makes sense not to take a financial risk by offering it. Whilst this works pretty well for Netflix, it does mean that movie buffs miss out on some of the most interesting titles from around the world.

Recent changes in legislation mean that EU users will only be able to access non-EU libraries. This means that users in Europe should connect to servers outside of the EU where possible.

ExpressVPN effortlessly combines top-notch speeds with military-grade OpenVPN encryption, which will keep you secure whether you’re streaming at home or when traveling. Choose from 3,000 servers in 94 countries, all with unlimited bandwidth, and rest assured that Express’ no-logs policy ensures your personal information remains private.

In addition to Netflix, Express has no trouble unblocking BBC iPlayer, Disney+, and Prime Video, and you’ll be able to install the VPN on most devices. Up to 5 simultaneous connections are allowed at any one time, too, meaning the whole family can check out content from around the web. We’d recommend making use of Express’ 30-day money-back guarantee to check out its US severs, and for any questions, a customer care team is available 24/7.

NordVPN is a huge name in the VPN sphere – and with more than 5,400 servers across 59 locations (including the US, UK, and Canada), it’s easy to see why! These servers all boast unlimited bandwidth and can keep up with data-intensive tasks like streaming, gaming, and downloading.

OpenVPN is Nord’s encryption of choice, and is paired with an audited no-logs policy that provides round-the-clock security. Windows, Mac, Linux, Android, and iOS users will be able to use NordVPN, and there are also Chrome and Firefox browser extensions for those who’d like to check them out. Nord offers 6 simultaneous connections, and can unblock all the most in-demand streaming sites! So, take Nord for a spin with its 30-day money-back guarantee, and get in touch with an expert team at any time of the day or week if you run into trouble.

Based in Sweden, PrivateVPN is a smaller provider that packs a punch, offering 100 tier 1 servers in 60 key countries. You’ll be able to connect to locations in the UK, US, and Canada, and enjoy unlimited bandwidth that makes streaming content from Netflix, BBC iPlayer, hulu, or Disney+ a breeze.

PrivateVPN is compatible with most devices, including routers, and employs strong OpenVPN encryption as well as a zero-logs policy. You’ll be able to share your subscription across 6 devices simultaneously, and it’s well worth taking advantage of a 30-day money-back guarantee to test PrivateVPN’s features for yourself! What’s more, PrivateVPN’s excellent customer service team is available 24/7 to assist with any problems.

Aaron and Justin, brothers who were once involved in a cult-like group, Camp Arcadia, receive a video tape in the mail made by the Camp. Justin’s concerns about what the tape might portent for the group’s members, as well as Aaron’s dissatisfaction with his life since leaving the camp, convinces the pair to return for a single day. However, they discover that nobody seems to have aged since they left 10 years ago. Aaron and Justin bear witness to a number of strange goings-on, and unwittingly draw the attention of an enigmatic entity.

The Endless made its debut at the Tribeca Film Festival in 2017, and can be seen as a sequel to Resolution, released in 2012, with both films sharing a setting.

Below, we’ve tackled some of the most common questions about using a VPN with Netflix. For more information, use the search bar above to find all sorts of articles, in-depth guides, and reviews.

It all comes down to your IP address – this is what Netflix uses to determine your real-world location and which content is available to you. In order to tune in to geo-restricted shows and films, you’ll need to change your IP address. A VPN can do this for you. By connecting to a VPN server, you’re given a new, temporary IP address that will fool the sites you visit into thinking you’re in the same location as the server. So, join a US VPN server, and Netflix will think you’re in the US, too!

No, Netflix won’t cut off paying subscribers by banning the ones who use a VPN. Instead of an outright ban, you may instead come across an error that asks you to disconnect from your VPN service before you can continue watching your show or movie. Netflix does this as a result of pressure from copyright holders who would rather you didn’t use a VPN.

First of all, don’t panic! There are things you can try if you discover that Netflix isn’t working with your VPN. It’s worth noting that a VPN that works with a streaming service today may not tomorrow – sites like Netflix are getting better and better at blocking IPs known to belong to VPN services, so a bit of trial and error is required. To that end, we’d recommend trying a different server. If that doesn’t work, bring the issue to the attention of your VPN’s customer service team. We also have a Netflix VPN troubleshooting guide, for some top tips on how to get your VPN up and running again.