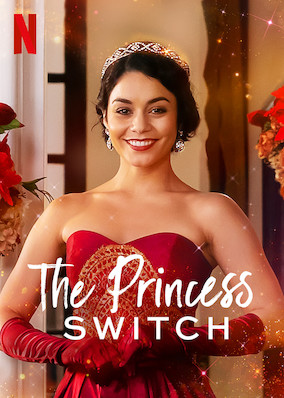 The Princess Switch is a movie originally released in 2018 on Netflix. Directed by Mike Rohl, the film tells the story of a duchess who switches places with an ordinary woman from Chicago (who looks just like her) a week before Christmas. In classic rom-com fashion, each of the women falls in love with each other's love interest. The casual and lighthearted film is the perfect dose of Christmas escapism for anybody who wants to hunker down with hot cocoa to stream a seasonal movie on Netflix.

Can I stream The Princess Switch on Netflix?

If you happen to live somewhere that isn't showing The Princess Switch at the moment, we recommend connecting to a VPN server in the UK, the USA, Sweden, Canada, Australia, or India (or any of the other places where it is currently showing). To do so, simply pick one of the VPN recommendations in this article, connect to a server in an appropriate country, and launch Netflix to stream The Princess Switch.

How to watch The Princess Switch on Netflix

Using a VPN to unblock a foreign Netflix catalog is extremely easy, this is because Netflix is set up natively to update the catalog automatically when you switch regions. By connecting to a VPN server you appear to be in a different country, and Netflix serves you any extra content showing in that place – including the Princess Switch! Follow the steps below to get your VPN up and running and stream not only the Princess Switch but hundreds of other exclusive Netflix titles from around the world!

Why you need a VPN to watch The Princess Switch

The Princess Switch is a Netflix original, so you may be wondering why you need a VPN to stream the movie. Unfortunately, Netflix does rotate some of its programmings – and it has at times licensed some of its content to TV broadcasters. As part of those licensing arrangements, some Netflix originals are unavailable in certain regions.

The good news is that Netflix still owns the right to The Princess Switch, and it can still broadcast the movie in numerous locations! tat makes the job of using a VPN to unblock the service extremely easy, as long as you stick to a recommended VPN that is known to work with Netflix.

ExpressVPN is a hugely popular service that is widely thought to be the best VPN in the world. The VPN has reliable apps for all platforms, which means you can use it to stream Netflix on any of your devices. It also allows up to 5 simultaneous connections – so if you and the kids want to unblock different movies from different regional Netflix catalogs at the same time; you can. Express VPN has servers in a total of 94 countries, and it is known to unblock a whopping 24 different Netflix catalogs. This makes it the king of Netflix unblocking. In addition, this is consistently one of the fastest VPNs on the market, which makes it ideal for streaming content on Netflix in HD. Plus this VPN has live chat so that you can ask questions when you want to! A superb all-rounder that you can even test risk-free thanks to its 30-day money-back guarantee.

NordVPN is a service provider from Panama that is the perfect combination of reliability, privacy, and unblocking capabilities. It is a zero-logs service with apps for all platforms and it is known to unblock a wide range of Netflix catalogs – including Germany or the USA for streaming The Princess Switch. NordVPN has servers in a total of 59 countries, which means you can use it to access tons of Netflix catalogs or other streaming services from around the world – such as BBC iPlayer. This makes it a superb service for streaming loads more Xmas content this year! While it isn't as fast as ExpressVPN, it is more than fast enough for streaming content in HD. You can test it yourself thanks to its 30-day money-back guarantee.

PrivateVPN is a provider based in Sweden that is exceptional considering the low price of a subscription. It has apps for all platforms and servers in over 50 countries that are known to unblock a large selection of international Netflix catalogs. As a result, it is perfect for streaming The Princess Switch either on the UK, the USA, the Swiss, or German servers! PrivateVPN is super reliable, it has live chat support, and it lets its subscribers use the VPN on up to 6 devices. That means you can stream Netflix titles both at home and while on public WiFi – and you can stream different movies or TV shows from different regions at the same time! An excellent, low-cost VPN, that you can try yourself thanks to its 30-day money-back guarantee.

About The Princess Switch

The Princess Switch is a popular feel-good Christmas movie starring Vanessa Hudgens as the Duchess of Montenaro. In the movie, the disillusioned soon-to-be princess is going through a rough patch with her boyfriend and decides to switch lives with an ordinary baker from Chicago who happens to look just like her. After meeting and agreeing to swap at a baking competition in Belgravia, the unlikely doppelgangers each embark on an adventure that sees them learning important lessons about life and love.

True to the rom-com genre, the plot leads both of the leading ladies into a series of romantic encounters, which results in each of the ladies falling for the other's love interest. The movie is the ideal mid-afternoon, family Christmas movie – being totally devoid of swearing, nudity, drunkenness, or anything else that might make it unsuitable for children or the grandparents. A light-hearted movie with a heart-warming ending that is a pleasure to watch.

No. Netflix understands that cutting off paying customers is going to harm nobody but itself. For this reason, it never bans customers who use VPNs. Instead, it appeases copyright holders by purposefully blocking IP address ranges that are known to belong to VPN providers. This results in a few VPNs being able to unblock international Netflix catalogs, which is why you must take care and pick a recommended VPN that is known to be able to get around Netflix' blocks.

All of the VPNs recommended in this article have been expertly selected because they are known to work with Netflix. Some VPN providers only provide access to the US Netflix catalog, which limits the amount of content you can unblock. Our recommendations have a choice of servers known to unblock Netflix catalogs. As a result, you can access many exclusive regional titles from around the globe. If your VPN isn’t working to access a specific title for some reason, contact the VPN’s support to find out which server to use. Alternatively, check out our Netflix VPN troubleshooting guide. There is always a chance that a VPN will not unblock a certain Netflix catalog. Thus if a show is available in more than one country (as is the case with The Princess Switch) check to see which location is the best option for you we recommend the USA, the UK, Canada, Sweden, or Germany).