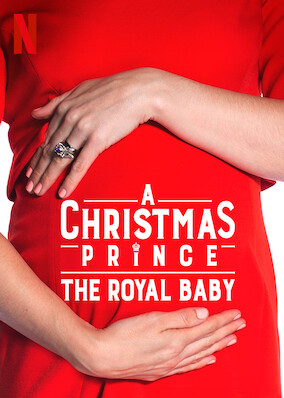 A VPN allows you to unblock and stream A Christmas Prince: The Royal Baby on Netflix, even if it's not actually available in your regional library. You don't need a new Netflix account, and it only takes a few clicks to get started. We'll walk through the entire process below, so you'll be able to check out A Christmas Prince: The Royal Baby as well as tons more movies and TV shows.

Can I stream A Christmas Prince: The Royal Baby on Netflix?

Absolutely! A Christmas Prince: The Royal Baby is currently available on Netflix, so long as your account has been registered in one of the above countries. Unfortunately, this does mean that if you live outside of the listed regions, you won't find the Christmas flick in your library. But don't fear – this is where a VPN can help.

A VPN fools the sites you visit into thinking you're located elsewhere in the world, and they do so by assigning you a new IP address. Simply connect to a VPN server in a location where A Christmas Prince: The Royal Baby is available, and you'll be able to access and watch it without any of the restrictions you might have encountered previously.

There are tons of VPNs out there on the market, but we'd recommend going with one of our trusted providers. You can check them out below, and then connect to a server in the United Kingdom, the US, or Japan. Your Netflix library will update automatically, and you'll be able to search for and watch A Christmas Prince: The Royal Baby, as well as a whole host of other unblocked shows and movies.

How to watch A Christmas Prince: The Royal Baby on Netflix

First things first, you'll need a valid Netflix subscription if you want to check out A Christmas Prince: The Royal Baby. You'll also need a subscription to a VPN provider. VPNs are incredibly simple to use and easy to set up, so don't worry if you've never used one before.

Different VPNs can access different regional Netflix catalogues, and with so many options out there, it can be difficult to figure out which VPN will grant access to the library you need to stream A Christmas Prince: The Royal Baby. We've hand-picked three VPN services that can unblock the Christmas classic without any trouble, however.

To watch A Christmas Prince: The Royal Baby, simply follow along with the steps below:

Why You Need a VPN to Watch A Christmas Prince: The Royal Baby

You've probably noticed that certain Netflix shows and movies are available to watch in some countries and unavailable in others. It can seem pretty unfair, seeing as everyone pays the same subscription fee regardless of where they are in the world. However, Netflix does not have sole control over where its content can be viewed. Copyright holders and content producers have the final say, and can prevent users in certain territories from watching content with geo-restrictions.

Luckily, a VPN is a quick, easy, and reliable way of circumnavigating these blocks and restrictions, ensuring that you can tune in to content from anywhere in the world – so long as you have an internet connection.

A VPN can fool the sites you visit into thinking you're in one place when you're really in another, and this is known as “spoofing” your location. Spoofing allows you to access content that's available in the country of your choice. So, no shows or films will ever be off-limits again!

How to watch A Christmas Prince: The Royal Baby with ExpressVPN

ExpressVPN is well-known, and well-regarded, thanks to its ability to unblock a total of 24 regional Netflix libraries. Users can also connect to a whopping 94 countries for global coverage! ExpressVPN has intuitive apps for all platforms and devices, and an expert customer service team is only a click away and available 24/7. What's more, ExpressVPN is seriously quick, and you won't have any trouble streaming in HD. You can put ExpressVPN to the test with a 30-day money-back guarantee, too!

After installing ExpressVPN and logging into the app, you'll simply need to connect to one of the below locations, search for A Christmas Prince: The Royal Baby, and enjoy!

How to watch A Christmas Prince: The Royal Baby with NordVPN

NordVPN can unblock a bevy of streaming services, including Netflix, BBC iPlayer, Prime Video and hulu – so you'll never run out of box sets to binge! Geo-restrictions don't stand a chance against NordVPN's 5,400 servers dotted across the globe in 59 locations, and all of these servers are lightning-fast, too. NordVPN is compatible with just about every device out there, and its apps are easy to install in just a few clicks. You can also take NordVPN for a trial run before committing to a subscription thanks to its 30-day money-back guarantee.

Once you've installed Nord, checking out A Christmas Prince: The Royal Baby is as easy as connecting to one of the countries listed below, logging into Netflix, and searching for the movie!

How to watch A Christmas Prince: The Royal Baby with PrivateVPN

PrivateVPN is a superb provider for those on a budget – but don't worry, the service doesn't skimp on features! With PrivateVPN, you'll be able to browse multiple Netflix libraries and connect to servers in more than 60 global locations. Unlimited bandwidth makes movie marathoning a breeze, even in HD, so you won't waste time watching that buffering circle spin. The PrivateVPN app is beginner-friendly and quick to install, and supported by all platforms. An excellent customer service team – made up of actual developers – is on hand to field any questions. So, be sure to take advantage of the 30-day money-back guarantee (as well as its free trial) to try PrivateVPN before you buy.

About A Christmas Prince: The Royal Baby

John Schultz directs the Christmas romcon, A Christmas Prince: The Royal Baby, with Rose McIver and Ben Lamb in starring roles as the royal couple. The film sprang onto screens via Netflix in 2019, and continues the story so far after Amber and Richard announce that they're expecting their first child.

In the meantime, Amber prepares to be the first queen to sign a peace treaty, between her nation of Aldovia and its once-rival Penglia, in a ceremony that has taken place every 100 years since 1419 (on Christmas Eve, no less). Amber is warned that it goes against the norm for female rulers to sign the treaty, but Anna dismisses the notion, and is insistent that the Penglian queen should add her name to the treaty, too.

However, shortly after the royal party from Penglian arrive, the treaty is nowhere to be found – and Amber and Richard join palace staff in an investigation.

Netflix won't ban you, no – the company won't want to lose your subscription fee, frankly! And if Netflix was to ban each and every person using a VPN to access the site, it'd result in even more catastrophic financial losses. It's more likely that Netflix would ban the VPN servers. Some VPN providers struggle to access the site for this very reason, as their servers have become known to Netflix and subsequently blocked. You won't want to waste your time and money with a provider that can't unblock Netflix, so we'd recommend going with one of the providers highlighted in this article – especially if you want to check out A Christmas Prince: The Royal Baby.

The three VPNs we've selected for this guide have been chosen because they can reliably unblock Netflix, and can support HD streaming, too. You'll also find that these providers offer a broad selection of servers across the globe and access to numerous Netflix libraries. You'll be able to check out content from around the world, from various streaming services, and all from the comfort of your couch! If you find that your VPN service isn't working as intended, however, it's a good idea to get in touch with the provider's customer service team. They might be able to troubleshoot your issue, or direct you to a more suitable server. You should also bear in mind that EU laws require Netflix to show EU users their home library screen, even if they're roaming in another country. This makes it more difficult to access European servers if you're already in Europe, but EU users should still be able to check out US content without trouble