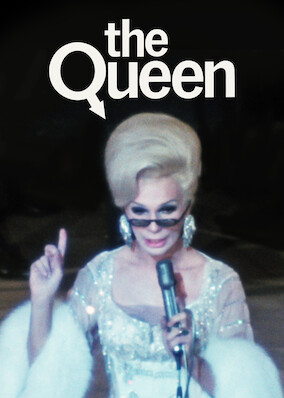 Can I stream The Queen on Netflix?

Yes! However, The Queen is can only be streamed on specific Netflix libraries, including the UK, USA, and Australia. So if you can't see the film on your own Netflix library, you can use a VPN to spoof your location and unblock films from around the world!

How to watch The Queen on Netflix

With a VPN, you can unblock Netflix catalogs whenever and wherever you want. All of our recommended services all come with dedicated apps, so you can install them on your mobile, tablet, Mac, and/or PC. To spoof your location and stream The Queen, simply follow the steps below:

Why You Need a VPN to Watch The Queen

Netflix is always buying and selling the rights to stream shows (even Netflix originals), and it's because of these rights (and government censorship) that not every show is available in every library. So if Netflix doesn't have the right licensing agreements from the copyright holders, you won't see The Queen on there, and to watch it, you'll need to spoof your location.

The Queen is only available on a select few Netflix libraries, so be sure to check the list above to find out which country you need to connect to.

Fortunately, all of our chosen VPNs have servers in countries that can stream The Queen on Netflix, and with their robust security and encryption, no one will know you watched it – not your internet service provider, hackers, or even the government! By connecting to a VPN, you can stop people from spying on your internet usage, making you safer online, both at home and on-the-go!

Changes in legislation mean that EU users may only be able to access non-EU libraries (USA, Australia). This means that users in Europe should connect to servers outside of the EU wherever possible.

ExpressVPN is one of the best streaming VPNs on the market. With servers in over 94 countries, it offers everything you'll need to unblock The Queen from anywhere in the world. In fact, the service unblocks a total of 24 Netflix catalogs, including the UK, USA, and Australia – so you can stream The Queen with ease!

With apps for all major platforms and up to 5 simultaneous VPN connections, you can protect your devices at home and on-the-go. If you want an all-round amazing service, with military-grade encryption, super-fast servers, and an enormous catalog of Netflix libraries, then try ExpressVPN with a 30-day money-back guarantee.

NordVPN is an easy-to-use service that unblocks Netflix seamlessly. With a total of 14 Netflix catalogs, including the UK, USA, and Australia, you're certain to to find The Queen on Netflix, and its budget-friendly price means the service provides excellent value-for-money. What's more, you can use Nord to unblock an enormous array of content and websites from around the world – letting you bypass censorship and access geo-restricted content wherever, whenever. You can test the service for yourself, risk-free, thanks to its 30-day money-back guarantee.

PrivateVPN is a fully-featured, budget-friendly streaming VPN. Its fantastic encryption options and dedicated streaming servers for popular streaming services (including Netflix, Disney+, Prime Video and Hulu) make it an easy pick for streamers who don't want to break the bank. Alongside its great functionality, PrivateVPN has an easy-to-use app design with plenty of customization for speed and security.

A total of 6 simultaneous connections means you'll pay less and get more than you would from many of its competitors. So see what all the fuss is about with a 30-day money-back guarantee to fall back on.

The Queen is a documentary film depicting the world of competitive drag in the 1960s. Released in 1968, the film follows the Miss All-America Camp Beauty Contest and centers on key drag queens such as Flawless Sabrina, Crystal Labeija, and Rachel Harlow. As the queens compete for the crown, the film gives a deeper look into the world of the trans community in the 60s, and an early insight into modern drag culture.

No. Netflix won't cut its revenue by stopping you from paying your subscription fees. So, rather than block users, Netflix actively blocks known VPN IP addresses (digital identities). If you want to access different Netflix libraries, you'll need a VPN service that is proven to work. Fortunately, our experts have chosen the above services because we know they work with Netflix.

We handpick our VPN recommendations with Netflix in mind and are certain that they'll work for The Queen. Each provider has a wealth of servers that can unblock international Netflix catalogs, and they're all reliable and consistent services. However, if your VPN isn't working as it should to unblock The Queen, get in touch with your VPN's customer support team to find out which server you should use. Your VPN may not unblock a specific Netflix location, or you may need to connect to a particular server in order for it to work. If a show is available in multiple countries (as with The Queen) check the above list of countries to see which is the most suitable option. Check out our Netflix VPN troubleshooting guide for more tips for getting you VPN working again.